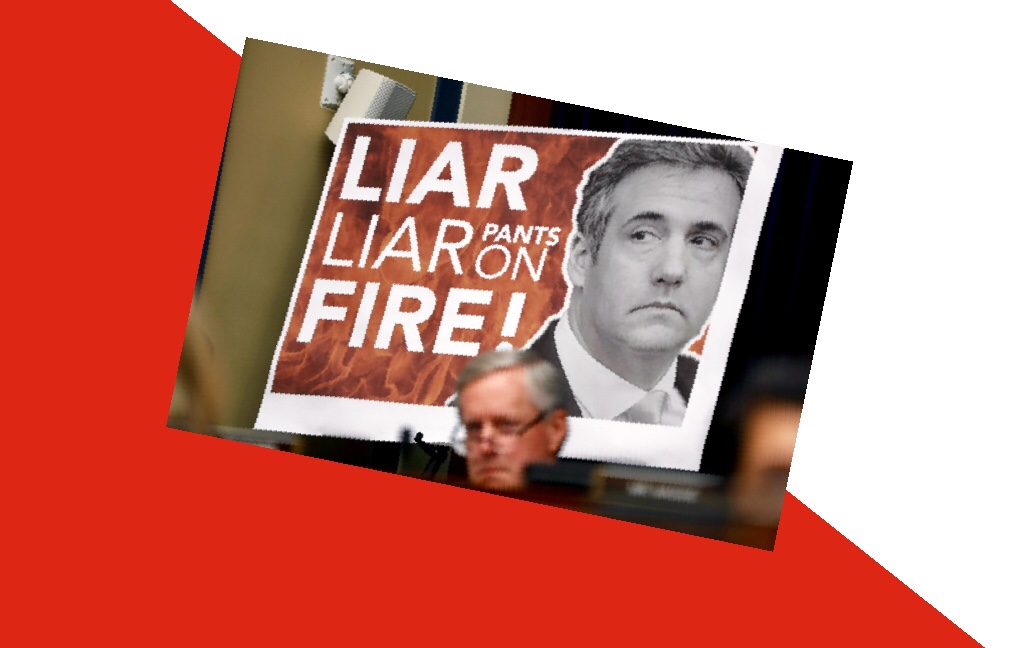 You may recall our take on the present state of things in Washington published right here just last week. Perhaps you’ll remember that we accurately likened the situation on Capitol Hill to a circus. We even created a picture of the ongoing event. Not much has changed since last week. It’s still a jackass circus being promulgated by the likes of Representatives Cummings, Nadler, and Schiff. And so, without further adieu, we again present for you the “Greatest Jackass Show on Earth:”

While things on the Hill continue to be about the same as they were last week, there has been one additional development. This is a development one could predict well before it happened if they have a pulse. No need for a drum roll. It’s just not that intense. Here it is: Michael Cohen lied in his congressional testimony last week on multiple occasions. Shocking!!! Right?

What else is there to be expected of Cohen? This man is a serial liar having already proven that fact by lying to Congress on the occasion of his first testimonial to an oversight committee. Here’s what should have been done. Chairman Cummings should have threatened him with the prospect of personally nailing him to a cross should he decide to lie. What do you think?

Ladies and gentlemen, in all honesty, that is exactly what happened. Mr. Cummings told Cohen that if he lied, he would personally nail him to a cross. Please feel free to reread that again. Trust me; you didn’t just develop cataracts, glaucoma, and/or macular degeneration .You read that correctly. We cannot make this stuff up. Chairman Cummings threatened Michael Cohen with crucifixion. Now Michael Cohen strikes me as the antithesis of the martyred Christ who shed his blood and gave his life for the redemption of all mankind. Therefore, I would expect that the majority of Americans must be finding it difficult to come up with an explanation as to how and why Chairman Cummings’ most unusual consequence  for Cohen’s lies manifested itself.  Perhaps he was inspired by Corey Booker who called himself Spartacus once during congressional testimony. Following Booker’s lead, Cummings may have thought it neat to imagine that he too, like Senator Spartacus, had journeyed back in time to Ancient Rome. After all it was the Romans who used crucifixion for capital punishment. Another theory is that Cummings may have had Lent, Good Friday, and/or Easter on his mind. I digress. The point is, Cohen is going to jail; he’s a criminal. Furthermore he lies more than a well trained dog who has spent more  than 60 Saturday mornings at the local Pets Mart with Megan the Trainer.

So why even deal with this man? That’s how bad they want to find something on the president. It’s hard to believe all of this, especially when you couple it with Cummings’ ridiculous consequence for Cohen lying. And people want to ask me why we’re calling it a circus up there. We think it most accurate and abundantly clear that there can be no better comparison to that situation than a circus itself. I’ll keep you posted should Cohen be crucified. If not, it’s Cummings who will become the dirty liar.

Cummings tells @mkraju that warned Cohen against lying to the House Oversight Committee: "I will nail you to the cross" he recalls telling Cohen. pic.twitter.com/kb3ivx7N3O