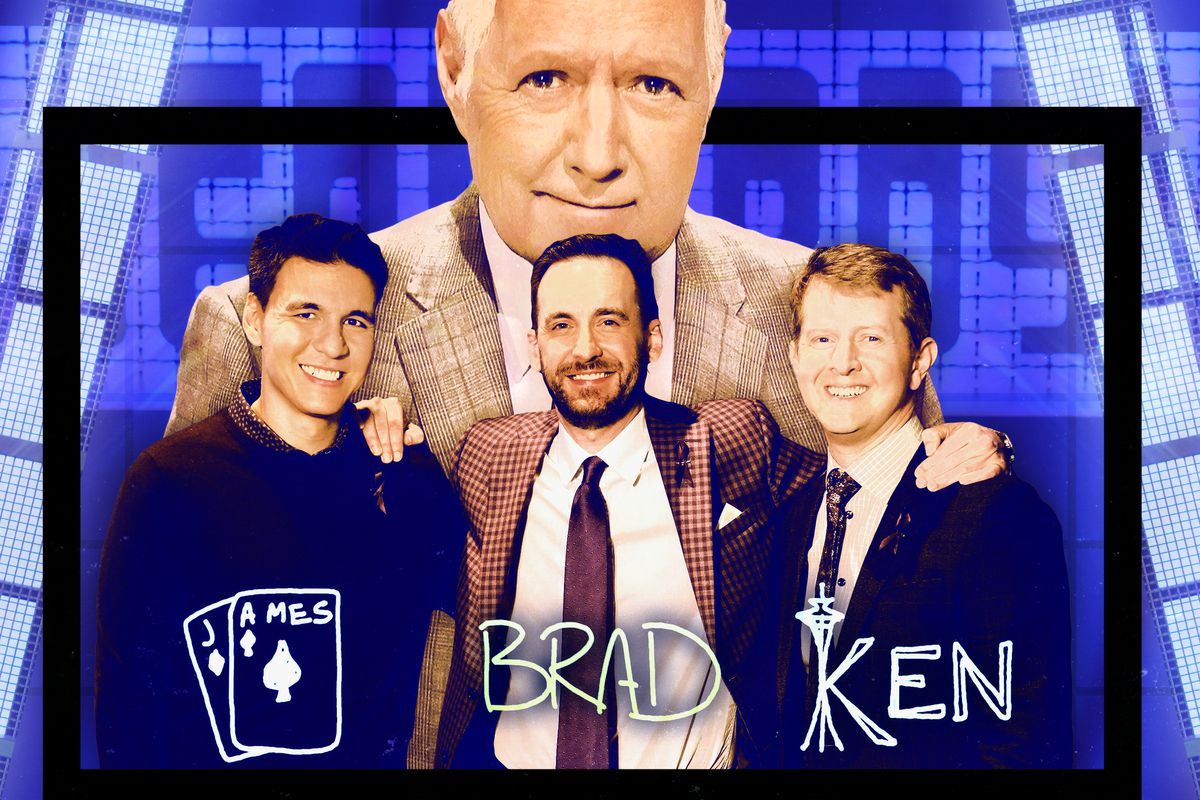 There is a lot of shit going down in the world right now, but I refuse to let anything overshadow three of the biggest dorks in the universe answering questions with words that aren’t even real. Tonight was round one of the three-round Jeopardy Greatest of All Time Showdown between Jeopardy James, Ken Jennings, and Brad. As always, I played along and I think I got 5 out of 148 questions correct. I felt like the questions were harder tonight because the three GOATs were playing, I digress. There was one person that did worse than me…and HE was actually playing. Brad absolutely shit the bed tonight. And I’m talking an epic shitting of the bed, he might as well have been wearing a Georgia Bulldogs football uniform, that’s how bad it was. He was good at finding the daily doubles but my lord was he terrible at answering them. I’m not exaggerating when I say he answered four daily doubles incorrectly. It may have even been five. I even got one of the daily doubles correct, sitting on my couch. It was something about “these two Louis Armstrong songs are named for streets in New Orleans.” Brad said, “what is Bourbon and…and…Beale!” I was screaming from my couch, “Bourbon and Basin! Bourbon and Basin!” Wow Brad, have you ever even partied? Then to cap it all off, the Final Jeopardy question was something about the name of a comet and the son of a bitch Brad answered “HALE”. He was thinking of Halley’s Comet, which would have been wrong as well. The only thing Brad has going for him is that he is the most likely of the three to be chosen as the Bachelor. Brad Rutter totally sounds like a Bachelor name, and he has a Bachelor type lookin beard.

Jeopardy James is a weird son of a gun.

As the Jeopardy Championship Tournament continues, Ken may want to think about keeping his buzzer button below the podium. He holds it about nipple high and throws a hissy fit when he doesn’t buzz in first. But Ken Jennings won round one by $200 over James, I got 3rd place from my fucking couch, and Brad got 4th with a whopping $10K. Remember, we have two more nights to decide a winner. Can’t wait to see what kind of dumb shit Brad has in store for us tomorrow.