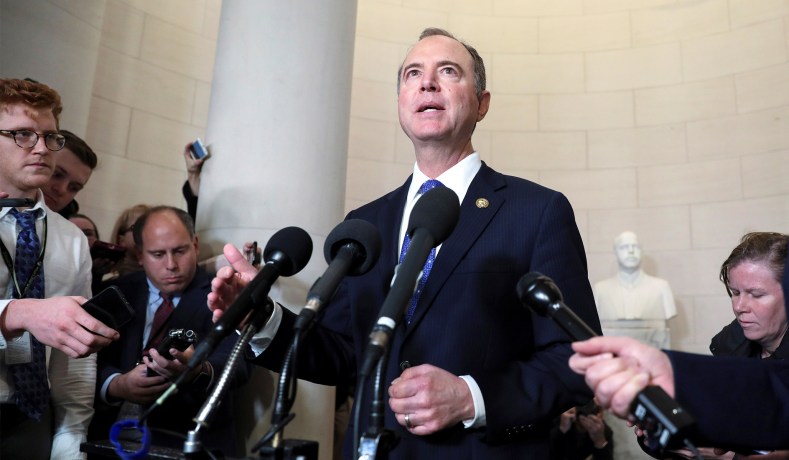 No one’s hands have been more full than the US Attorney out of Connecticut as of late. John Durham is his name, and he’s the lead on the investigation into the origins of the Trump-Russia Collusion Investigation. That’s not stopping him from indicting miscreants from his home state of Connecticut. Congressman Adam Schiff (D-CA) bit off way more than he could chew for the impeachment hoax. Of that we can be assured. However, behind the scenes of this national disgrace, that a man from Connecticut tried to take justice into his own hands. Or he at least verbalized, via the written word, his intent to personally bring Schiff to justice. His form of justice, at least according to his threats, was the death penalty for the congressman.

FBI special agent Daniel Heether made his affidavit known to the public. This happened once Phelps was in custody. The affidavit contains the details of the case.

Contents of the Email

The following is what Phelps wrote in the email: “You little cocksucker I want to come and see you so I can spit in your face and I want to kill you with my bare hands and smash your sick little round fat lying face in. You had better hope I never meet up with you mother fucker.”

Schiff’s office provides an email template for constituents wanting to communicate with him. Therefore, an email is able to be sent to the congressman once all mandatory fields are completed. Phelps listed himself as being a representative of an organization called “Lyingcocksuckerclub.shittyshiffy” in the email. In a template field that read “Additional Participants,” Phelps wrote “NANCY PIGLOSI DUMOCRATIC RETARDS.” He typed into another field that read “Preferred Day of the Week for the Meeting” the following: “Measure your Coffin day.”

On $25,000 bond, Robert Phelps was released. He faces a potential maximum sentence of 15 years in prison. US Attorney John Durham is currently leading the probe into the origins of the Trump-Russia Collusion Investigation. He will complete his investigation soon. It is expected to be wrapped up sometime this summer. Durham is the one responsible for charging the Connecticut man, Phelps, because he is the US Attorney for the State of Connecticut.