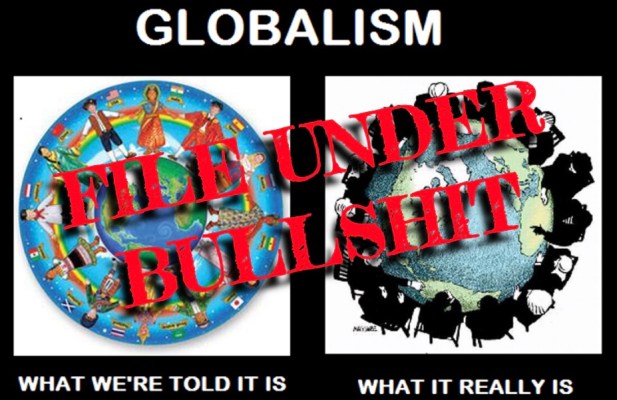 What is Agenda 21? | Victor Takacs

If you thought the days of Eugenics were over, think again. The pathetic deception of globalism is nothing less than a veil of obscurity meant to conceal universal genocide. Forget linking arms and singing kumbaya with your brothers and sisters across the globe. The fact is that globalism equals Agenda 21, and what exactly is Agenda 21? It is a plan to depopulate 95% of the world by 2030. A perverse globalist policy initiative, it will usher in days, weeks, months and years of the greatest planned Eugenics project in human history. Globalism? Count me the hell out!

Most people are unaware that one of the greatest threats to their freedom may be a United Nations program which plans to depopulate 95% of the world.

The name of this plan is Agenda 21, and it was developed by the United Nations Department of Economic and Social Affairs, Division for Sustainable Development, as part of a sustainability policy.

According to the United Nations website, Agenda 21 is a “comprehensive plan of action to be taken globally, nationally and locally by organizations of the United Nations system, government, and major groups, in every area in which humans have impact on the environment”.

In a nutshell, the plan calls for governments to take control of all land use and not leave any of the decision making in the hands of private property owners.

It is assumed that people are not good stewards of their land and the government will do a better job if they are in control.

Individual rights in general are to give way to the needs of communities as determined by the governing body.

Moreover, people should be rounded up off the land and packed into human settlements, or islands of human habitation, close to employment centers and transportation. Another program, called the Wildlands Project spells out how most of the land is to be set aside for non-humans.

Agenda 21 policies date back to the 1970’s but it got its real start in 1992 at the Earth Summit in Rio de Janeiro when President Bush signed onto it. President Clinton signed it later and continued the program in the United States.

Agenda 21 is ‘soft-law’ and did not have to be voted on by the Congress. A non-governmental organization called the International Council of Local Environmental Initiatives, ICLEI, is tasked with carrying out the goals of Agenda 21.

Over 600 cities in the U.S. are members, and that number is growing. The costs are paid by taxpayers.

Watch the short video below to learn more on Agenda 21, in under 16 minutes.