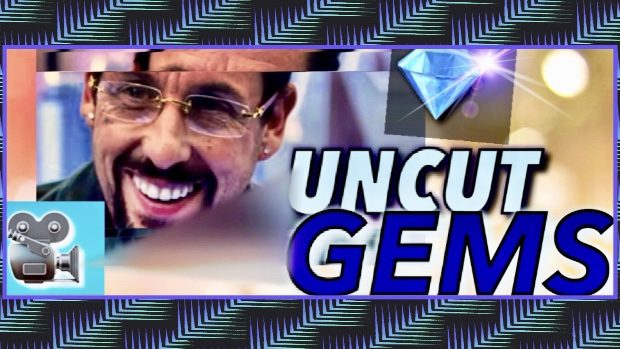 Looks pretty dope to be honest. It’s not the usual Adam Sandler role for sure. No Scuba Steve or Dr. Daniel Maccabee, or Henry Roth, etc. Nope, what we get in this new movie, Uncut Gems, is Adam Sandler as Howard Ratner, a New York City jeweler who appears to get himself into a little bit of trouble. To be honest, when I watched the trailer and saw Sandler as Ratner, all I could think of was John Turturro as Joey Knish in Rounders.

Uncut Gems is a thriller. Moreover, Adam Sandler has the internet buzzing today and a lot of people are trying to figure out what the movie is actually about. However, I watched the trailer a couple times and I think I have figured it out. Firstly, the cast: Main Character is Howard Ratner played by Adam Sandler. Ratner’s wife is played by Elsa from Frozen, or as most of you know her, the wickedly talented Adele Dazeem. New York City sports radio guy Mike Francesa plays Ratner’s bookie. Furby plays gold plated, diamond encrusted Furby as a piece and chain, Julia Fox plays Julia, Kevin Garnett plays Kevin Garnett, and the Weeknd plays…well, The Weeknd. No E.

Now to the plot: Howard Ratner is a New York City jeweler who is cheating on Elsa with Julia. In addition, he owes some bad people some money. Upon discovering a magic piece of jewelry, he devises a plan to re-coop the money and pay off the bad people he owes. Enter Furby.

This gold plated, diamond encrusted Furby hangs from a chain as a piece of jewelry. Ratner gets Boston Celtics player Kevin Garnett to come to his jewelry store and the Furby necklace casts a spell of greatness on Garnett. Thereafter, Ratner visits his bookie to place multiple bets on the Celtics. His bookie tells him that the bets are stupid, but with the Furby proverbially in his back pocket and literally around his neck, Ratner disagrees. The bets go sour and Ratner spends the rest of the movie trying to escape violence and threats from the people he owes…

Everyone is calling Uncut Gems Sandler’s “Oscar movie”, and it just very well might be. Therefore, if you have not done so, check out the Uncut Gems trailer above. “John Turturro Uncut Gems Version” is the only way to describe Sandler’s performance. In other words, John Turturro could have played Sandler’s character without question, and Sandler definitely makes it that way. In conclusion, you don’t want to miss it. You will not be disappointed.