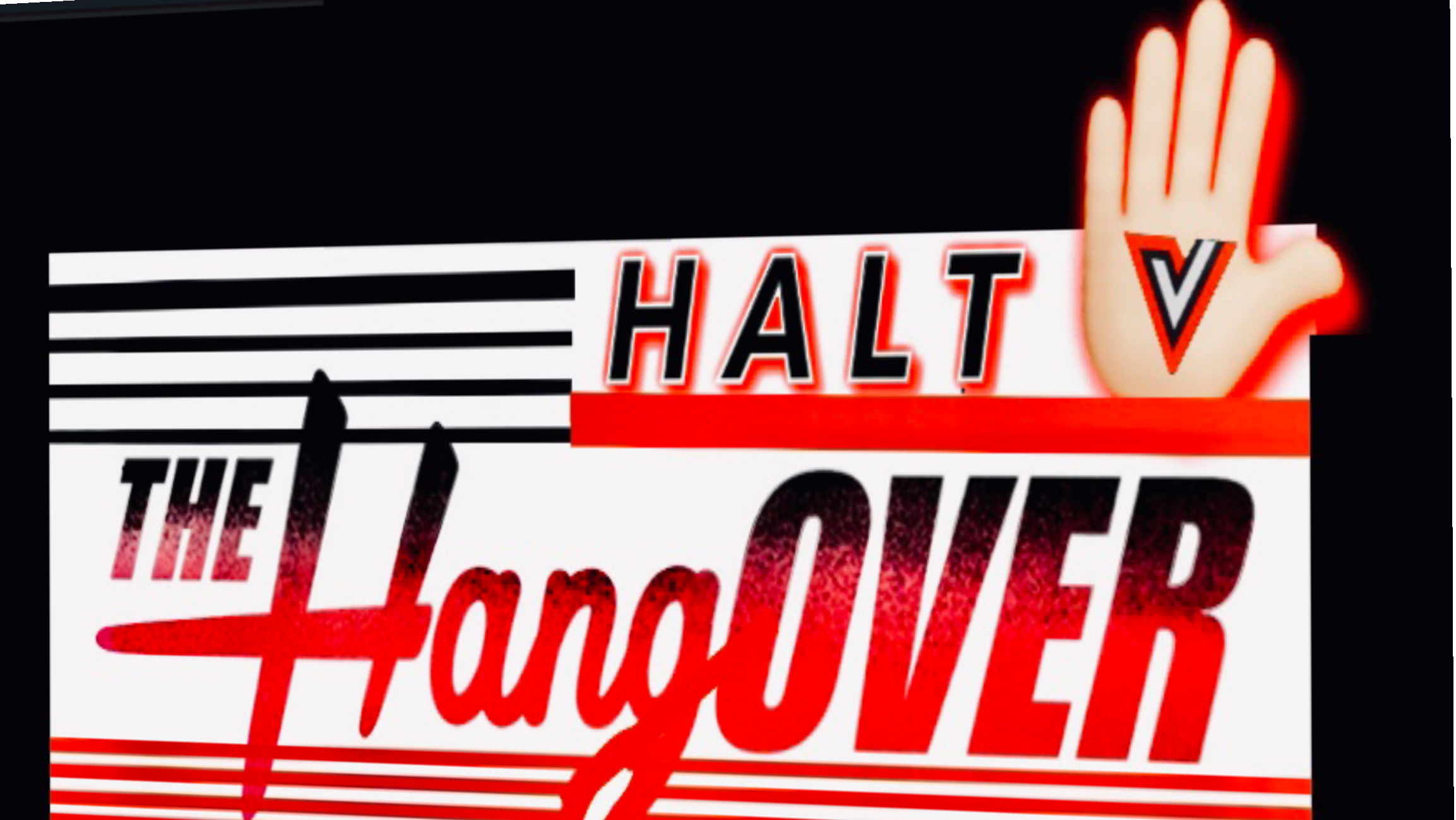 The inspiration for sharing this information came in the form of some late night fun at a local casino and hotel over the weekend. Coming off of the elevator, we came upon a young woman passed out on a bench in the hallway who was using her small purse as a pillow. That’s right; a drunk woman in the casino. As you can see in the video below, the scene was quite unique as there was also an open pizza box in the middle of the floor that had within it a plastic grocery bag, the contents of which are unknown. It was obvious that she was highly intoxicated, because no amount of loud noise would wake her up. There’s no telling how bad she must have felt when she finally did wake up. Those alcohol hangover symptoms were without a doubt the truth. Even though hangovers are self inflicted, their pain can be quite horrendous. No person deserves that. A hangover with nausea symptoms is no joke. We present 7 options to relieve alcohol hangover symptoms just in case you decide to party as hard as this lady did. One of those options is the “Hair of the Dog” Method.

Does Hair of the Dog Really Work?

“Hair of the dog…” is short for “Hair of the dog that bit you.” It comes from an old English tradition of treating rabies bite victims with the hair of the rabid dog that bit them. After a person had been bitten, a clump of hair was snipped from the predatory canine and smeared all over the bite wound. In time, this idea of using the cause of the ailment to treat the ailment became a popular remedy for those suffering from the effects of a hangover. Does hair of the dog really work…

What Happens to Our Bodies When we Consume Alcohol? What are Some Classic Alcohol Hangover Symptoms we Experience?

Ethanol also known as alcohol, is a major culprit of dehydration. The high volume of alcohol consumed when drinking heavily causes more frequent urination. Relieving the bladder often while drinking expels valuable water, electrolytes, vitamins and minerals from the body, because alcohol handicaps the functions of diuretic hormones. These hormones play a major role in making sure nutrients are channeled into the bloodstream and not expelled with urine or feces from the body. In addition, there is very little nutritional value and water contained within alcoholic beverages. When diuretic hormones cannot function properly, frequent urination expels beneficial nutrients and water from the body. Thereafter those substances are not adequately replaced and dehydration occurs. This can subsequently become the culprit of brain and muscle inflammation. Inflammation of course, causes pain. Dealing with inflammation is included here in our Does Hair of the Dog Really Work? piece.

Alcohol becomes a vasodilator when its level in the blood is within the range of approximately .15% to .25% or .3% (blood alcohol level), depending on the physical make up of one’s body. As a depressant or “downer,” it thins the blood and relaxes the blood vessels, thus causing a drop in blood pressure. At a level in the blood that approaches approximately .25% to .3% (blood alcohol level), vasoconstriction occurs, which means blood vessels constrict to an abnormal size and blood pressure increases. These quick changes in blood pressure coupled with inflammation due to inadequate nutrition and dehydration can cause pain. Upon evaluation of the state she was in, the drunk woman in the casino likely experienced vasoconstriction, inflammation and dehydration the next day.

High levels of alcohol consumption also interfere with the ability of muscle cells to breakdown lactic acid. A surplus of lactic acid in the body’s muscle groups is another cause of inflammation and pain. Not only do high levels of alcohol in the body temporarily destroy cellular functioning processes, but the higher levels can also destroy millions of cells themselves. Now these cells can regenerate over time, but the more we subject our bodies to large amounts of alcohol consumption, the more likely it is for regeneration of cells in certain organs to tire of the process. Thus total regeneration stoppage of some cell groups becomes possible. Typically however, regeneration processes continue but at a new sub-par and less than mediocre level. To be clear, those things take a ton of abuse over a long period of time.

A hangover may manifest itself via depleted energy in one’s body. Fatigue can be one of many alcohol hangover symptoms, thus signifying the fact that the body’s energy has been depleted. Why? There are a handful of reasons, beginning with the effect of alcohol consumption on amino acids. Large amounts of alcohol destroy amino acids within our bodies. Amino acids are the building blocks of proteins, which give us energy.

Heavy drinking produces hangover symptoms that cause poor sleep. The intoxicating effects of alcohol on the brain hinder its ability to carry-out routine processes effectively. Inadequate rest that occurs when a drunk person sleeps usually stems from his or her inability to breathe properly which is known as sleep apnea. More specifically, sleep apnea is the cessation of breathing while one sleeps. It is during episodes of sleep apnea that there is no movement of the muscles of inhalation, and the volume of the lungs initially remains unchanged. The brain controls breathing, but when it is intoxicated because of its chemical imbalance caused by alcohol, it is typically unable to adequately regulate proper breathing. Improper breathing during sleep causes REM (Rapid Eye Movement) interruptions.

Sleep occurs in stages throughout the night. It begins as a “twilight” or very shallow type of rest and then proceeds to subsequent stages of deeper rest: Slow-Wave Sleep (SWS) and then Rapid Eye Movement (REM). REM is the only sleep stage in which we dream, and it is the stage of our deepest sleep. When abnormal breathing begins to happen, the brain is immediately alerted, and it quickly emerges from its deep state of rest or REM to get breathing back on track. Anytime the brain emerges from REM, all bodily organs experience a deficit of the type of sleep they need for proper functionality the next day. This is because it is only during REM that amino acids can regenerate for cells to gain more energy. It is also only during REM that cells are able to repair themselves as well as rid themselves of waste and toxins. REM initiates the new production of needed hormones that build up immunity to sickness as well.

Improper breathing during sleep resultant in death is a near impossibility. Our evolution over thousands of years has created multiple neurological fail safes to solve our biological problems way before death is even a small possibility. However should the brain ever be so severely intoxicated by massive amounts of alcohol consumption that it cannot even implement basic fail safes, death can occur. This is of course known as alcohol poisoning.

The drunk woman in the casino was sleeping in the casino hotel hallway. Why? Fatigue after consuming large amounts of alcohol is also caused by the substance’s interactions with hormones that regulate our metabolism. Another symptom of the dreaded hangover is low blood sugar that occurs as a result of alcohol’s interaction with our all too important metabolic hormones that aid in the functionality of the liver, the pancreas, the kidneys, and the stomach. Low blood sugar causes fatigue. It’s likely that the woman featured in the video above will be feeling the effects of all of the aforementioned biological phenomena.

1 or Any Combination of these is Sure to Bring Relief to Someone Suffering from a Hangover.

I’d be interested to know what exactly the drunk woman in the casino did for hangover relief.

ALCOHOLICS ANONYMOUS
SOME JACKASS THINKS THEY’RE FUNNY
DO YOU HAVE BRAIN DAMAGE?