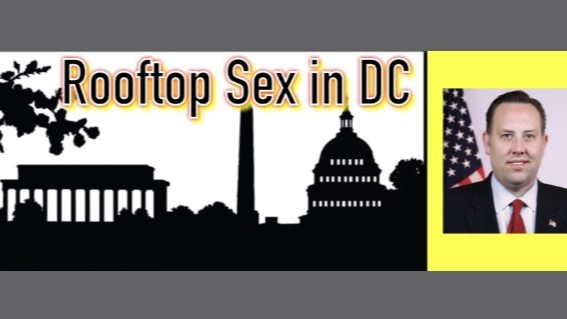 This just sounds like another day in Washington DC to me. When a major political party (the democrats) and their media butt buddies try to frame the Leader of the Free World by manufacturing a moronic hoax, no news story is surprising. And that, ladies and gentlemen, is where we are today in this country. So when the IG of the U.S. General Services Administration (GSA) interviews Associate Administrator Brennan Hart and finds out about his vodka soaked sexcapade with a White House staffer, there’s no way he even bats an eye. Furthermore it’s unlikely he gives half a shit. He’s just happy to be doing what he does. After all, it has to be much better to be the Inspector General of the federal government’s glorified maintenance department than to hold that same position in an executive department that actually matters. Why? Well, because…stress.

I know that if I were the IG of the GSA, I would have definitely had some fun with this interview. It would be hard to refrain from a pretty sarcastic line of questioning. I’d probably begin with: “Mr. Brennan. Do you happen to be fairly knowledgeable about plumbing? From what I’m hearing, you know how to work on some pipes, but why on the rooftop? Your bare ass wasn’t enough of a full moon that night? And how about all of that vodka? Are You Russian? If so, was this woman from the White House colluding with you to fix an erection? My apologies…an election? Please tell me you took the woman’s dress. It’s what men in Washington do now ever since the Clinton Administration. Always remember that even when you feel bad for her having to drive home in the nude, you may have dodged the bullet that former President Bill Clinton did not. See you at the grand jury hearing. I’m just kidding. Well. Maybe.” This has to be a first. We are not aware of any government officials who have had sex on a rooftop.