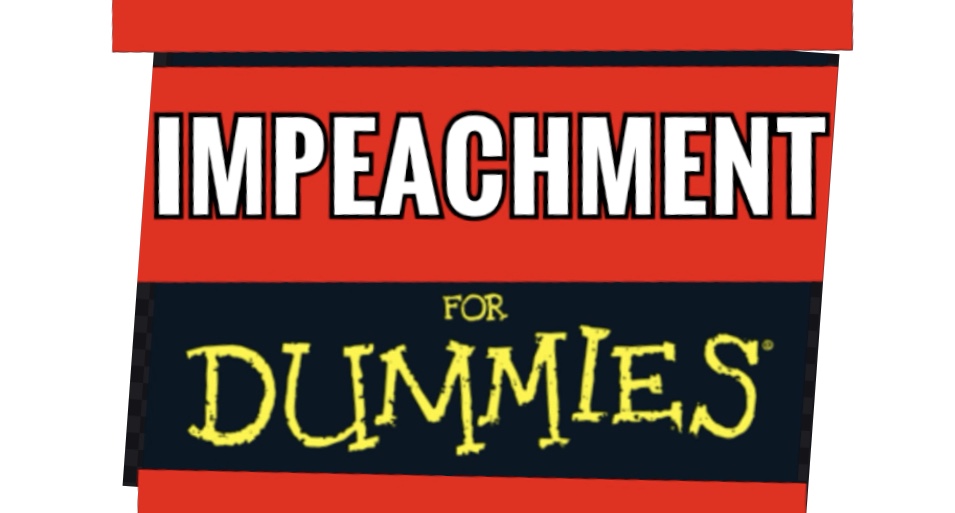 How Does Impeachment Work? | Victor Takacs

An accusation of misconduct against the president is known as impeachment. It does NOT eject the President from office. America’s legislative branch (the branch that makes laws), also known as the Congress, is responsible for impeachment as well as the subsequent trial that follows. The Congress is made up of two separate lawmaking bodies. They include the House of Representatives and the Senate.

THE HOUSE OF REPRESENTATIVES

Impeachment can ONLY happen in the House of Representatives. If a majority of the members of the House vote in favor of impeachment, the President then must stand trial before the Senate. To date, 3 presidents have been impeached. They are:

This is how each fared in a trial before the Senate:

*NOTE: The 37th President of the US, Republican Richard M. Nixon likely would have been impeached, convicted, and removed from office for his role in the Watergate Scandal, but he resigned August 9, 1974, before impeachment proceedings could take place.

A majority of the US House of Representatives voted in favor of impeachment on December 18, 2019. President Trump was officially impeached January 15, 2020 when Speaker of the House Nancy Pelosi (D-CA) delivered articles of impeachment to the Senate for a trial.

A Senate conviction requires a 2/3s majority vote among the senators. There are 100 senators (2 from each state). In order to convict President Trump, if Pelosi delivers the articles of impeachment, at least 67 senators must vote in favor of conviction or GUILTY. Even though two presidents have been impeached by the House, no president has ever been convicted. Upon conviction, the president leaves office to face charges. This has never happened in our nation’s history. It’s highly unlikely to happen for Trump as well. The 37th president of the United States, Richard Nixon, resigned before he could be impeached and potentially convicted by the Senate. He is our only president to resign from office.

In a trial, the 100 members of the Senate are the jury. The Chief Justice of the US Supreme Court presides over the proceedings. In addition, witnesses offer their testimony. Lawyers for both sides can question them. For the longest, I assumed impeachment meant ejection from office. How Does Impeachment Work? would have come in handy for me, especially at the time of the Clinton Administration. I am hopeful it has come in handy for you.

Why the Trump Impeachment is Different

President Trump is the first President to be impeached without any substantial evidence from investigators or special prosecutors that he committed a crime. Moreover he was the first president to be subjected to an unconstitutional hold up of proceedings by the House. As previously mentioned, Speaker of the House Nancy Pelosi, delayed the delivery of Articles of Impeachment to the Senate. She made excuses as to why she did so. However the true reason for this unconstitutional action is that she was second guessing these articles of impeachment, which are flimsy at best.

We sure hope How Does Impeachment Work ? has helped you better understand this situation. Should you have any questions, please let us know in the comments section below.

What is impeachment? How Does Impeachment work?

An accusation of misconduct against the president or a federal judge is known as impeachment. It does NOT eject the president or judge from office. America’s legislative branch (the branch that makes laws), also known as the Congress, is responsible for impeachment as well as the subsequent trial that follows. The Congress is made up of two separate lawmaking bodies. They include the House of Representatives and the Senate. The House of Representatives is responsible for impeachment. A majority vote in the House is exactly what is needed for impeachment.

If impeachment doesn’t eject a person from office, what does?

Once a president or federal judge is impeached, they stand trial before the US Senate. The 100 senators are jurors for the trial. It takes a super majority (2/3s majority) or 67 votes to convict the defendant on trial. If conviction occurs, the defendant is removed from office.

How many presidents have been impeached?

What presidents have been impeached throughout US history?

How many presidents have been removed from office?

Is it likely President Trump will be removed from office?