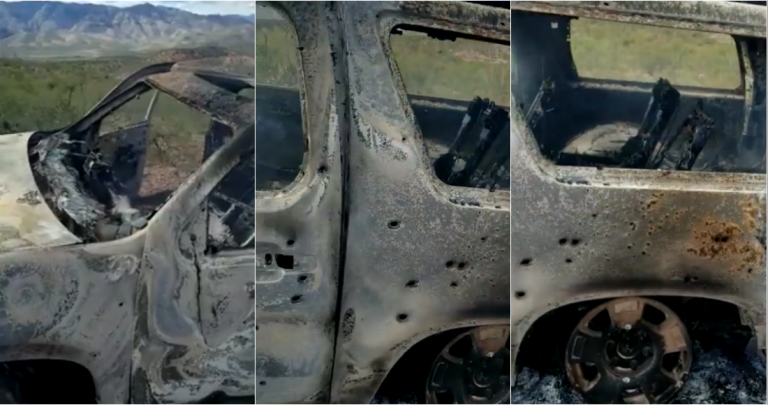 “Abrazos, no balazos.” Hugs, not bullets. That has been a cornerstone of Mexican President Andres Manuel Lopez Obrador’s policy toward the country’s murderous drug cartels. Eradicate poverty, and eradication of the cartels follows, he has insisted. It’s hard to imagine Obrador hewing to his nonconfrontational tack with the cartels after what happened Monday in northern Mexico.

Nine members of a Mormon family with dual U.S.-Mexican citizenship were killed during a brutal ambush on their three sport utility vehicles. Six of the dead were children. Members of the LeBaron family say one child was gunned down while trying to flee. The attackers set one of the SUVs ablaze. Inside were twins less than a year old.

What an unspeakable tragedy. It is very sad that violence of this nature exists in our world. This took place in North America not Syria, even though at first glance, you would’ve thought it happened in the latter. Mexico has a very bad problem. The country is overrun with ruthless drug cartels, and it seems as if Mexico’s President is content burying his head in the sand. “Hugs not bullets” is the rally cry of President Andres Manuel Lopez Obrador. He believes that the effective approach is for the Mexican military and law enforcement to put down their guns and not fight violence with violence. Hugs not bullets! When I first saw this, I was convinced that it was a joke. Who does Lopez Obrador think he is dealing with? The Care Bears??? Mexican cartel news stories reveal a violence and brutality that is unimaginable. When I saw this story in particular, one of the first things I thought of was this speech that President Trump gave a couple years ago. Watch this real quick.

Vicious snakes that bite. That is exactly what Lopez Obrador is facing right now in Mexico. When the news broke, General Donald Trump stepped up and fired off this tweet:

Mexico’s great new president responded, saying that it is not a war and he doubled down on his hugs not bullets policy. If this is not a war, I don’t know what is. I am not only speaking of the recent massacre, but a drug war that has been going on for decades.

Unbelievable. This graphic was published in 2015, I can only imagine how many more people have been killed in the last 4 years. Hugs are not getting the job done…