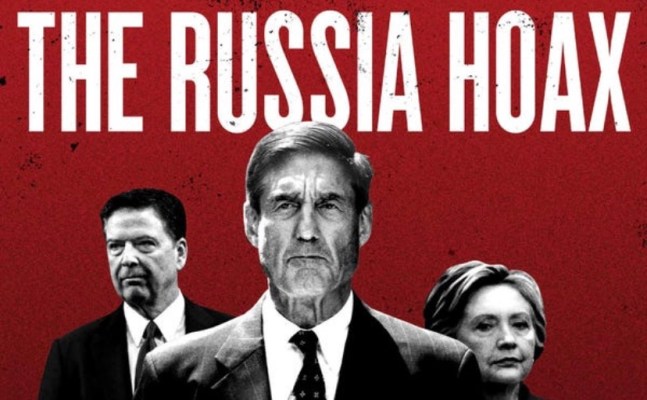 On February 15, 2016, the National Review took unprecedented action. In an all-out plea to Republican voters to stop Donald Trump before it was too late, the magazine enlisted 22 of the right’s most prominent voices to band together and throw support elsewhere, to save the party.

The “Conservatives Against Trump” issue didn’t move the needle. Despite a lineup of pleas against Trump that included Glenn Beck, Cal Thomas, Mona Charen, Michael Medved and Dana Loesch, Trump surged in the polls that month, expanding his lead over primary opponents at a critical juncture of the race. Trump voters considered these and other pundits part of the Republican establishment and therefore not to be trusted.

Conservative media throughout 2015-2016 learned a painful lesson. If your approach is based on telling people what they want to hear, audiences might like it at first. They might gobble it up for decades. But you’ll have quietly lost their respect during that time, and in a key moment, they’ll tune you out.

For this reason, it’s shocking to see national media voices after the release of Robert Mueller’s report patting each other on the back, congratulating themselves for a three-year faceplant they must know will haunt the whole business for a long time.

“Fake news? Mueller isn’t buying it,” writes David Bauder of the Associated Press. He noted that with a “few exceptions,” Mueller’s investigation “repeatedly supports news reporting that was done on the Russia probe over the last two years.”

Bauder added the report showed “several instances where the president and his team sought to mislead the public.” He congratulated the New York Times and Washington Post for correctly reporting that White House counsel Don McGahn had been ordered to find a way to fire Mueller.

Trump, Bauder noted, had called this “fake news, folks, fake news.” It wasn’t. And neither were some other stories.

So, yay journalism! You were more truthful than Donald Trump, at times. This is like being proud of beating a fish at Boggle.

We’re not trying to be right more often than Trump — we’re trying to not be wrong, ever. It’s a standard, not a competition.

You know what was fake news? Most of the Russiagate story. There was no Trump-Russia conspiracy, that thing we just spent three years chasing. The Mueller Report is crystal clear on this.

He didn’t just “fail to establish” evidence of crime. His report is full of incredibly damning passages, like one about Russian officialdom’s efforts to reach the Trump campaign after the election: “They appeared not to have preexisting contacts and struggled to connect with senior officials around the President-Elect.”

Not only was there no “collusion,” the two camps didn’t even have each others’ phone numbers!

In March of 2017, in one of the first of what would become a mountain of mafia-hierarchy-style “Trump-Russia contacts” graphics in major newspapers, the Washington Post described an email Trump lawyer Michael Cohen sent to Kremlin press secretary Dmitry Peskov. They called it “the most direct interaction yet of a top Trump aide and a senior member of Putin’s government.”

The report shows the whole episode was a joke. In order to further the Trump Tower project-that-never-was, Cohen literally cold-emailed the Kremlin. More than that, he entered the email incorrectly, so the letter initially didn’t even arrive. When he finally fixed the mistake, Peskov didn’t answer back.

That was “the most direct interaction yet of a top Trump aide and a senior member of Putin’s government”!

As outlined in his initial mandate, Mueller explored “any links” between the Russian government and the campaign of Donald Trump. His conclusion spoke directly to the question of whether there was any kind of quid pro quo between the two sides:

“The investigation examined whether these contacts involved or resulted in coordination or a conspiracy with the Trump Campaign and Russia, including with respect to Russia providing assistance to the Campaign in exchange for any sort of favorable treatment in the future.”

In other words, all those fancy org charts were meaningless. Because there was no conspiracy, all those “walls are closing in” reports — and there were a ton of them — were wrong. We were told we’d hit “turning point” after “turning point” leading to the “the beginning of the end,” with Trump certain, soon, to either resign in shame, Nixon-style, or be impeached.

The “RNC platform” change story was a canard, according to Mueller. The exchanges Trump figures had with ambassador Sergei Kislyak were “brief, public, and non-substantive.” The conversations Jeff Sessions had with Kislyak at the convention didn’t “include any more than a passing mention of the presidential campaign.” Mueller added “investigators did not establish that [Carter] Page conspired with the Russian government.”

There was no blackmail, no secret bribe from Rosneft, no five-year cultivation plan, no evidence of any kind of any relationship that ever existed between the Trump campaign and Russian officials. Michael Cohen “never traveled to Prague.”

The whole Steele dossier appears to have been bunk, with even Bob Woodward now saying the “highly questionable” document “needs to be investigated.” The Times similarly is reporting, two-plus years late, that “people familiar” with Steele’s work began to have “misgivings about [the report’s] reliability arose not long after the document became public.”

Reporters are going to insist all they did was accurately report the developments of a real investigation. They didn’t imply vast criminality that wasn’t there, or hoodwink audiences into thinking a Watergate-style ending was just around the corner, or routinely blow meaningless episodes like the Sessions-Kislyak meeting out of proportion, or regularly smear people who not only weren’t part of a conspiracy but had no connection to anything (see here for an example).

They’ll also claim they didn’t spend years openly rooting for indictment and impeachment via wish-casted predictions disguised as reporting and commentary, or denouncing people who doubted the conspiracy as spies and Putin apologists, or clearing their broadcast panels and op-ed pages of skeptics while giving big stages to craven conspiracy-spinners like Malcolm Nance and Luke Harding.

That’s fine. In the short term, a significant portion of the country will probably agree coverage was appropriate, probably the same sizable plurality of poll respondents who say they disagree on some level with Mueller’s findings. A lot of people out there despise Trump, and at least right now will be inclined to sympathy for broadcasters and editorialists who gave full quarter to the most damning theories of conspiracy and criminality in the Russia case.

But as conservatives found out in 2016, news audiences over time lose trust in news organizations that tell them what they want to hear politically, but get the substance of things wrong.

The Mueller report makes clear reporters were sold wolf whistles over and over, led by reams of unnamed official sources who urged them to see meaning in meaningless things and assume connections that weren’t there.

Reporters should be furious about being fed these red herrings. They should be outraged at all those people who urged them to publish the Steele report, which might have led to career-imperiling mistakes in print. They should be mad as hell at CIA chief Gina Haspel and the other unnamed officials who told them disclosing the name of already long-ago exposed government informant Stefan Halper would “risk lives.”

More than anything, reporters should be furious at the many sources close to the various investigations who (it now seems clear) must have known pretty early there were serious holes in many areas of this story, and that a lot of these “dots” were dead ends, but didn’t warn their press counterparts. For instance, the papers should be mad those who supposedly had misgivings about the Steele report didn’t warn them earlier.

But they’re not mad, which makes it look like a case of intentional blindness, in which eyes and ears were shut among other things because the Trump-Russia conspiracy tale made a ton of money. Media companies earned boffo ratings while the Mueller probe still carried the drama of a potential spectacular ending, with blue-state audiences eating up all those “walls are closing in” hot takes.

This fiasco will surely end up being a net plus for Trump. The obstruction parts of the report make him look like a brainless goon and thug, but the absence of what Mueller repeatedly calls “underlying crime” make his ravings about an elitist mob out to get him look justified. This is not an easy thing to achieve, but we’re there, and the press is a big part of that picture.

News audiences were betrayed, and sooner or later, even the most virulently Trump-despising demographics will realize it and tune us out. The only way to reverse the damage is to own how big of a screw-up this was, but after the last three years, who would hold their breath waiting for that?

RECENT INTERVIEW OF THE PRESIDENT