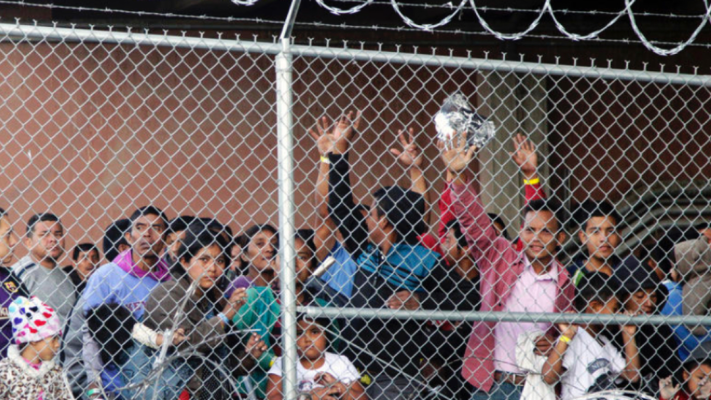 Biden Administration Complicit in Human Trafficking of Minors at Border

Obama did it. Trump stopped it. Biden is doing it again. The Biden Administration is definitely complicit in human trafficking at the US-Mexico border. Approximately 8,000,000 children disappear from the face of the earth every year. Between 800,000 and 1,000,000 children go missing on an annual basis just in the United States alone. In fact, human trafficking of minors is now more lucrative than the international drug trade. President Trump built the wall at the southern border of the US to choke off the supply of children being sold and auctioned off to the world’s elite as sex slaves and for adrenochrome harvesting purposes. In doing so, much of that heinous activity was squashed. It has of course resumed under the evil and extremely corrupt Biden Administration.

Please sound the alarm! Let everyone you know about this. It is abhorrent and cruel beyond our wildest imaginations. The Biden Administration is in fact complicit in human trafficking of minors at the border. We pray for these children as they begin their long journey of healing.

We’ve been taught our whole lives about Satan and his deceptive ways, yet somehow our minds will not wander where the Prince of Darkness will not allow them to go. It’s the ultimate deception; a concealed conspiracy of lies and evil among those in power. It’s been going on for thousands of years, reaching back in time to the eras of the ancients.

Moreover, it’s right under our noses and has been that way for millennia. Throughout human history, Satanists have been building and expanding their power structure all over the globe. They control nearly everything now, including the global financial system, human trafficking networks for pedophilia and adrenochrome harvesting, etc.

If in fact that’s too much of a leap of faith for you to take at the moment, that’s quite alright, but I would encourage you to do your research. Guidance of the Almighty will eventually lead you to the truth. If you think this is just some crazy partisan hit on Biden, think again. Both the Democrat and Republican Parties have been infiltrated and compromised. As a matter of fact, the Bush’s (George H.W. and his son George W.) are Satan worshipping pieces of garbage. Never forget that they were once prominent members of the secret society known as Skull and Bones at Yale University.

what is adrenochrome?
washington full of satanist pedophiles

The Speech that Likely got him Killed