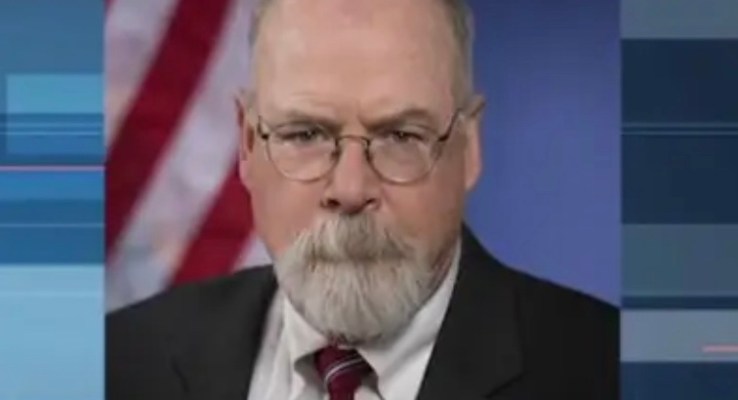 X22 REPORT: RedPill78 – Durham Will Soon Come Into Focus, The Military Is The Only Way Forward

Special counsel John Durham, the U.S. attorney appointed to investigate the origins of the Russia collusion and election interference probe, abruptly announced Friday that he would resign from the U.S. Attorney’s office. POLL: What scares you the most?

Durham released an official announcementsaying he would resign effective at midnight Sunday.

“My career has been as fulfilling as I could ever have imagined when I graduated from law school way back in 1975,” Durham said in the statement.

While Durham will resign from the office, he will reportedly continue in his work investigating whether the FBI’s operation to uncover Russian collusion with the Trump campaign was politically motivated. Former President Trump has claimed that the probe named “Crossfire Hurricane” was an improper and illegal abuse of power by former President Barack Obama to target his political opponents.

In October, Trump went so far as to say that there was enough evidence to prove Obama and Joe Biden, now the president, had used the power of the government to spy on his campaign illegally.

“These people should be indicted, this was the greatest political crime in the history of our country, and that includes Obama and it includes Biden,” the former president said on Fox News at the time.

Former U.S. Attorney General William Barr elevated Durham’s status to special counsel in December, a move which many perceived as an attempt to protect the investigation from any interference by the Biden administration.

Also in December, a report from Fox News said that the investigation was making “excellent progress” and was expanding his team with additional prosecutors.

Here’s a news video of Durham’s appointment in December: