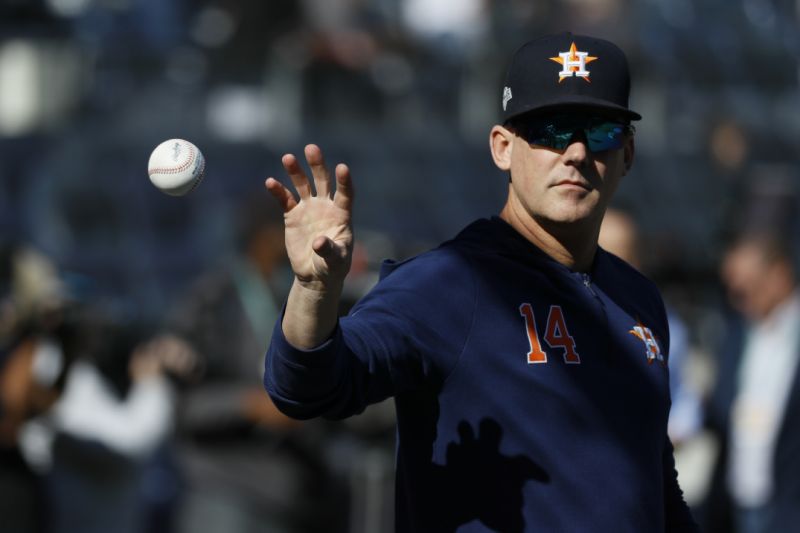 The Houston Astros Stole Signs for those in Need

Me, me, me. Where are we at in society today?! Everybody is in it for themselves; all people care about is their own personal satisfaction. Disgruntled Yankees fan, Eric Hubbs tweeted no less than 20 times this week in his crusade to bury the Astros for alleged “sign stealing”. Why is Eric so mad? Well, the Astros beat the Yankees in the 2017 ALCS on the way to a World Series title. The Astros then beat the Yankees again in the 2019 ALCS. Twitter is full of fans casting stones in the Astros’ direction because their teams lost and they were not afforded the opportunity to taste success. How sad. People, how about you put your selfish ways behind you and be happy for those in need. Be more like A.J. Hinch. Houston Astros manager A.J. Hinch is a modern day martyr. He was willing to fall on the sword and sacrifice his own baseball life to help the needy. He offered a couple “stolen signs” to a floundering Carlos Beltran and a slumping Evan Gattis. Have you people ever read the Bible? Does Matthew 25:36 ring a bell? “I needed clothes and you clothed me, I was sick and you looked after me, I was in prison and you came to visit me, I was slumping and you stole signs for me, I needed hits and you banged on a trash can for me.” Bravo Saint A.J., bravo. Let’s take a look at the only two instances people have found that the Astros “steal signs”.

Wow. Former janitor Evan Gattis stepped up to the plate in the 8th inning vs the Chicago White Sox on 09/20/2017 in the midst of a woeful slump. He was 3 for his last 20 and the Astros were down 3-1 to a White Sox team that was 61-91 at the time. The Astros won the AL West 16 weeks prior, so A.J. Hinch did what any loyal manager would do…He stole some signs for Gattis. Gattis proceeded to strike out, and the Astros lost the game 3-1. No harm no foul. Next.

Hi. The great Carlos Beltran stepped to the plate on 08/01/2017 vs the pitiful Rays as a .240 hitter. Beltran was on his way out and his age had finally caught up with him…So what did A.J. Hinch do? He banged on a couple trash cans in effort to extend the legacy of Carlos Beltran. Carlos grounded out to first base and the Astros lost to Tampa Bay 6-4. Ok.

A.J. Hinch was trying to help a couple struggling players succeed in games that did not matter. We would all love to have a boss that is willing to do this for our success. A couple of very selfless acts by A.J. Hinch are being criticized by people that are fans of teams that just can’t seem to win because the mighty Houston Astros stand in their way. I feel sorry for these people. Don’t worry, there’s always next year…