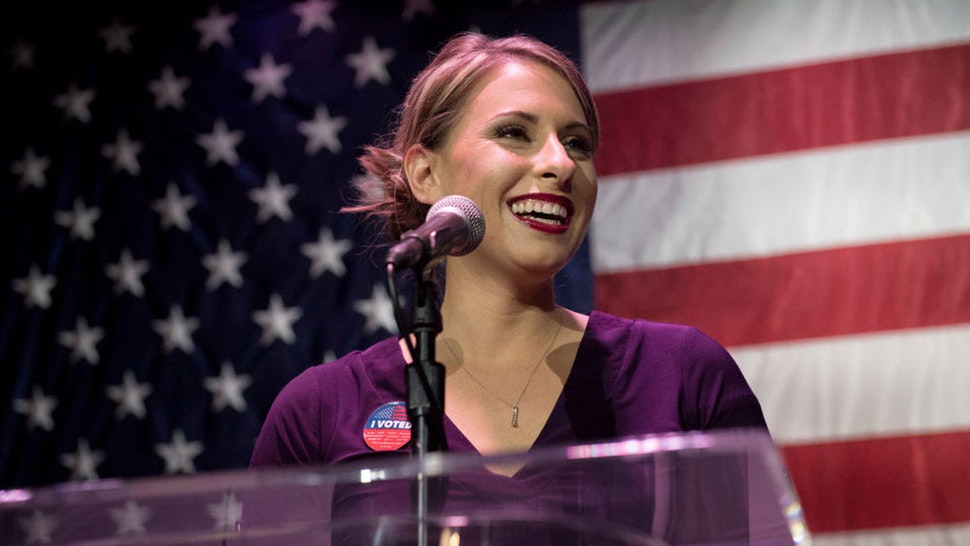 Rep. Katie Hill (D-CA) Has Quite the Sexual Appetite

Good God almighty, what a story.  I must’ve spent like 45 minutes reading this RedState article.  Rep. Katie Hill (D-CA) Has Quite the Sexual Appetite. At one point I had to pull out a pen and pad to keep this shit straight.  There’s a lot of moving parts in this one.  I had to read it in small chunks, take notes, use a highlighter, and a fucking compass rose.  When all was said and done, I had a venn diagram and a flow chart to help navigate the sexual desires of Democrat California Rep. Katherine Hill.  Apparently she was involved in a “Throuple”?  Throuple sounds like a term you would hear at a car mechanic shop.  “Well Bill, my damn RPM needle won’t come back down below 3 these days, she’s been idling like a son of a bitch.”  “Alright Jim, let me take a gander under the hood.  Yep, there it is, your damn Throuple was loose, I tightened er’ up.”

Freshman Rep. Katie Hill (D-CA) has quite the sexual appetite. Meanwhile in Congress, she is the Vice Chair of the House Committee on Oversight and Reform, which is wildly ironic because it appears that she is in dire need of some oversight and reform herself.  In 2010, Hill came out as bisexual and married her husband Kenny Heslep that same year.  In 2017, she launched her campaign for public office and soon after she began an intimate relationship with an unnamed female campaign staffer.  Of course her husband Kenny Heslep was cool with the situation and the three of them entered into a polyamorous relationship known as a Throuple.  Like they actually went on family vacations and shit together.  Heslep was ballin.  Yeah I’m here at Disney World with my wife, and her girlfriend, which is uhh…my other wife I guess?!  Let’s go.

RedState got ahold of a picture from one of the Throuple’s escapades and it might be one of the funniest pictures I’ve ever seen.  It looks like it’s in a hotel room, Hill is sitting on the edge of a chair fully nude with her legs shoulder width apart.  Sitting on the floor below, between Hill’s legs is the unnamed female member of the Throuple and Hill is brushing this woman’s hair.  All the while, the unnamed woman is just chillin on her phone probably scrolling through Instagram.  The funniest part of the photo is the part that I made up in my head but it’s most likely 100% accurate.  Hill’s husband, Heslep had to have taken the photo right?  I just picture him standing there in an open robe with a cigar hanging from his lips, “say cheese”.  The Throuple was thriving!  Well, that is until it was discovered that Hill was also involved in a sexual relationship with Graham Kelly, who was Hill’s finance director and is now her legislative director.  So to recap, California Representative Katie Hill was involved in sexual relationships with not just one, but two employees, while married to Kenny Heslep.

Her husband Heslep was cool with the Throuple but he wasn’t down with the fourple (sp?) and filed for divorce once he learned that his wife was involved in a sexual relationship with Graham Kelly, a dude. You see, Mr. Heslep is heterosexual, therefore, this particular extra-marital affair was of no help to him. Apparently the worry of the American public was that bad people from foreign nations had the opportunity to blackmail Hill and gain information pertaining to national security? My worry would be more that all signs are pointing to the fact that Katie Hill is a dingbat and a very poor decision maker. Not good traits for a legislator that was given the power to legislate. In conclusion, the one thing we can all agree on is that Rep. Katie Hill (D-CA) Has Quite the Sexual Appetite.

The pressure become too much for Ms. Hill, and she resigned from the US House of Representatives this past week. This is her resignation speech on the floor of the House.