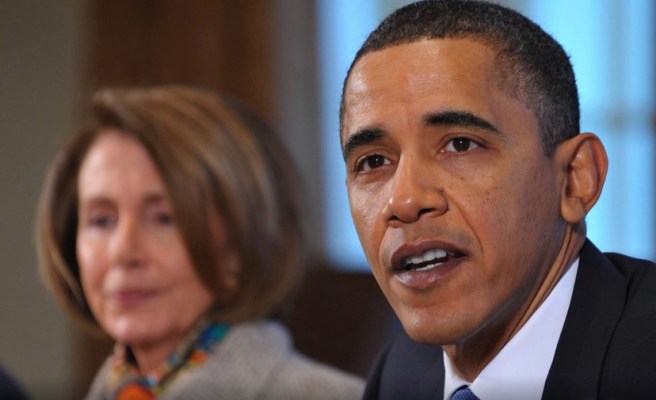 Obama and Pelosi Didn’t Win Elections in the Last Decade

Then Congresswoman Nancy Pelosi assured the American public in 2018 the Democrats would win in the general election and take the House of Representatives. She knew ahead of time this would be true of course. You see, the Democrats have had Dominion for some time now. They knew the fix was in.

The software in Dominion Voting Systems devices has its roots in Venezuela, according to recent reports. It was there that Hugo Chavez developed the technology to take power and install socialist rule in the country. This capability has been exported elsewhere, and is in 28 of our United States for election use.

The Antrim County forensic examination results revealed software that is designed to generate errors – approximately 70% – so most of the ballots get ‘adjuticated’ by a human being, possibly even outside the country.

This is how the con was done — create ballot errors in Trump votes, then call them all for Biden in batches.

Every election over the last decade is suspect. No conservative representatives from California in Congress? Wonder why? Because the use of Dominion ensured this outcome.

Months ago, when Pelosi was asked about ‘removing Trump from office’ she remarked, ‘We have some surprises for him.”

Now we know what the ‘surprises’ were — a rigged election Chavista style.

Stacey Abrams right now is saying the same thing about the runoff in Georgia on January 5th. Perhaps this is why turncoat GA Secretary of State Brad Raffesnperger won’t release information on new mail-in ballot request, won’t authorize a state-wide signature-verification recount of the Nov 3rd race, and wanted the Dominion machines wiped.

They will steal the Senate in Georgia unless the treasonous GOP leadership is forced to hold a free and fair election. As of now, this is not the case.

How the Bidan SHow is actually saving america and the world
what is cgi?