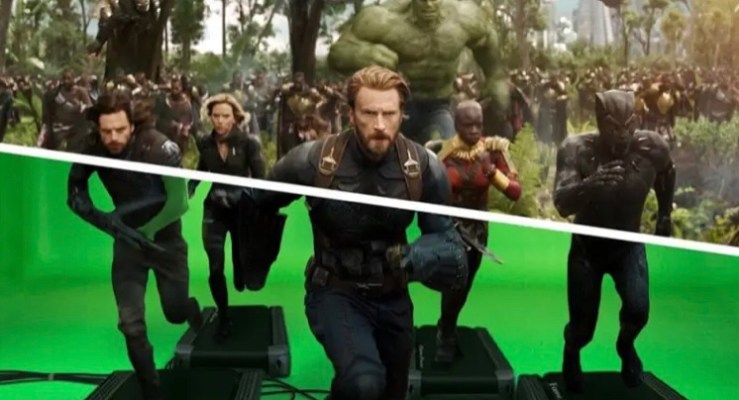 Computer generated imagery is the use of computer graphics to augment or create images in art and media.

The cinema industry has been through many twists and turns to come to the place it is now. Movies have started from mere zero and are rocking over a hundred in the modern technological era of innovation. Cinema has evolved greatly, especially in the area of visual effects. In the last few decades, computer generated imagery (CGI) has taken centre stage in delivering supernatural, animated and extra featured movies and dramas. Henceforth, let us go through what CGI is and what it means to the cinema industry.

What is computer generated imagery (CGI)?

Computer generated imagery (CGI) is the use of computer graphics to augment or create images in art and media. CGI is utilized for visual effects because the quality is often higher and are more controllable than physically based processes such as constructing miniatures for effects shots or hiring extras for crowd scenes. It allows the creation of images that would not be feasible using any other technology. These can be 2D or 3D animations, objects, or renderings in a film, television program, video games, or simulation. CGI can be leveraged in films ranging from science fiction epics to intimate dramas.

CGI is used extensively these days because of its low-cost spending. It is much cheaper than the physical methods in creating elaborate miniatures, hiring extras, and most commonly for when it is simply not safe or humanly possible to create the extraordinary visuals. CGI is created using different methods. 2D pixel-based image editors create vector shapes while 3D graphics software makes everything for simple primitive shapes to complex forms made out of flat triangles and quadrangles.

Currently, there are many CGI application software with many different features. The extraordinary capabilities of CGI technology are making films more professional, cost-effective, safe, and video games lively and attractive.

The evolution of CGI in the cinema world

The footprints of CGI dates back to the 1950s when mechanical computers were repurposed to create patterns onto animation cells, which were then incorporated into feature films. The first film to ever use CGI technology was Alfred Hitchcock’s Vertigo in 1958. Vertigo was made very early with 2D tricks. No movie was able to cope with the same technology or success in the near future. After that, a computer-animated short film named ‘A Computer Animated Hand’ came out in 1972. The movie by Edwin Catmull and Fred Parke introduced 3D computer graphics to the world.

CGI took another leap forward in 1973 with the first 2D CGI scene showing in ‘Gunslinger’ vision, an interpretation of how robots could see. The movie was so successful that it inspired other moviemakers to try their hands on CGI. The movie Futureworld gave a new face to CGI as the studio executives used the original hand-animated creations by Edwin and incorporated it with the film. The movie attracted an Oscar and a Scientific & Engineering Academy Award.

Later, CG technology was highly adopted by cinema people. The technology has not just leveraged more features to the movie industry but also gave a sign of creativity to storytellers where they don’t have to worry about how to make supernatural creatures real. The need for more computer power, better software and new ideas helped usher in an abundance of CGI films, most notable being Final Fantasy: The Spirits Within, The Lord of the Rings: The Fellowship of the Ring, Avatar and Up.

CGI is now an integral part that can’t be separated from the movie creation group. There is simply no pixel that is not touched by CGI in the modern movie era. Famous movies like Jurassic Park again, The Avengers and the Guardian of the Galaxy relied on CGI visual effects shots ranging from 63 to 2,750. While espoused with virtual reality technology, CGI extends its features and capabilities to an extreme level. The future of cinema is expected to be more of animation, visual shots and less of human interface.

The bad ray of CGI movies

CGI technology has at least dragged half the criticism as its compliment. A loud voice decrying the bad CGI effects is there in the past when cinema used minimum visuals when a movie can’t sustain without CGI. Bad CGI is certainly a problem in some movies. People are often dragged into comments like ‘fake’ and ‘not real’ when they see a visible CGI mistake. However, despite all the downfalls, CGI technology is still travelling the path to make it to the top.

biden is putting kids in cages