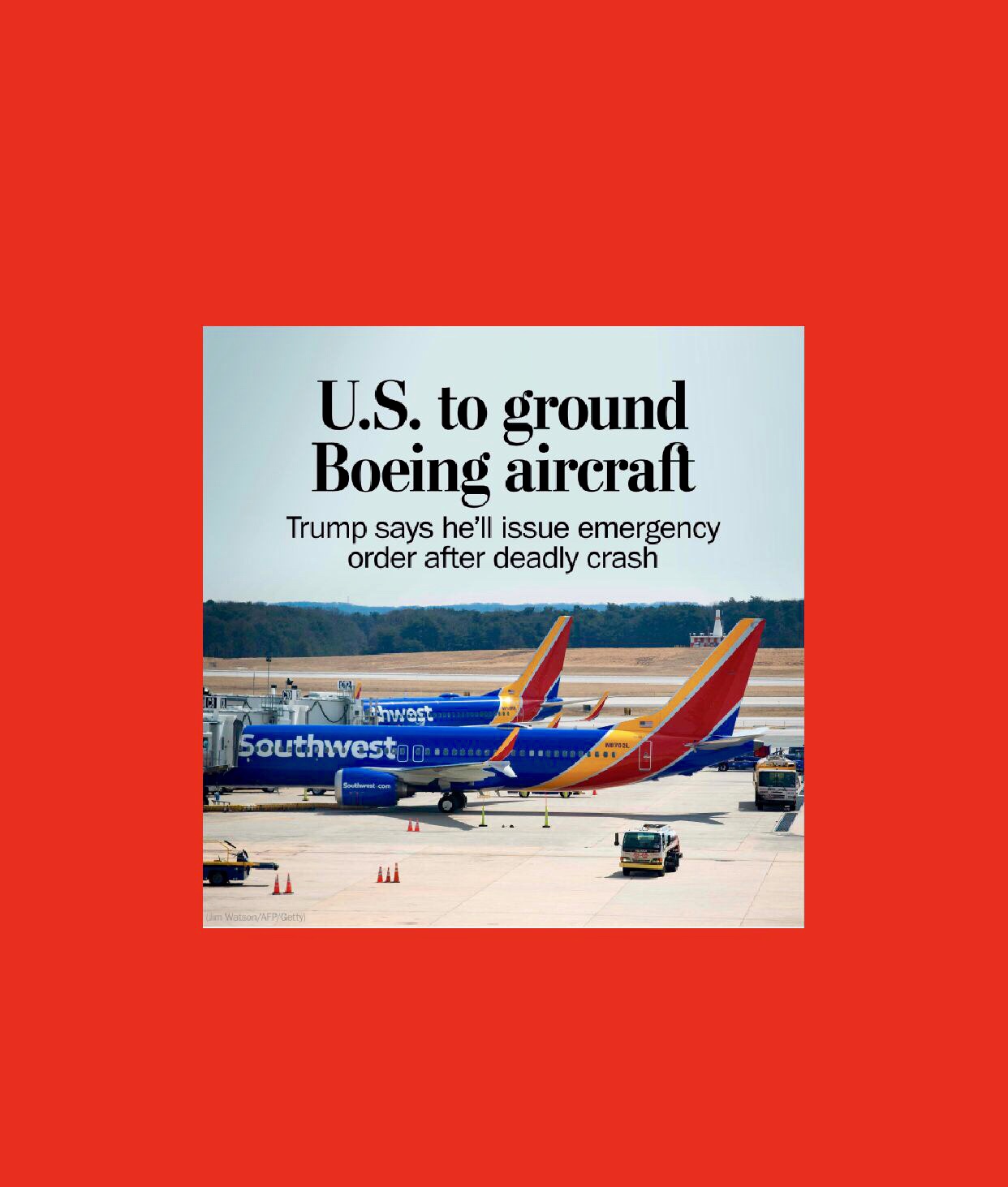 The Federal Aviation Administration (FAA) officially grounded all Boeing 737 Max Jets that were not in the air yet at 2:44 E/1:44 C. These planes are being grounded because the National Transportation Safety Board (NTSB) has recently discovered that there are similarities between both the Lion Airlines crash and the Ethiopian Airlines crash, both Boeing 737 Max Jets.

#FAA statement on the temporary grounding of @Boeing 737 MAX aircraft operated by U.S. airlines or in a U.S. territory. pic.twitter.com/tCxSakbnbH