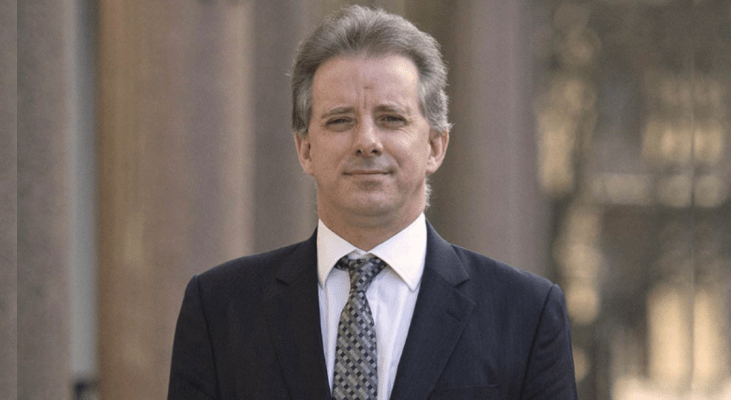 What is the Steele Dossier?

It is a 35 page FAKE dossier (Intelligence Report on Trump Opposition Research) that The 2016 Hillary Clinton Campaign and the Democrat National Committee (DNC) paid for so as to dig up dirt on the would-be president. It was used by the FBI in order to secure a FISA Warrant and 3 subsequent renewals of that warrant. (FISA: Named for the Foreign Intelligence Surveillance Act of 1978 – It is a SECRET Search/Surveillance Warrant issued to the FBI when it is investigating matters involving foreign nations. FISA warrants are granted by the Foreign Intelligence Surveillance Court or FISC.) The warrant permitted the FBI to surveil people working for the Trump campaign, namely George Papadapoulos and Carter Page. This dossier was an unverified intelligence report that was compiled by Christopher Steele, a Former British MI6 agent who abhorred Donald Trump. Steele continued to have contact with the FBI even after the law enforcement agency cut ties with him in November of 2016. The FBI used the unverified Steele Dossier to secure a FISA warrant and 3 subsequent renewals to spy on the Trump Campaign and Presidency. This fake dossier not only served as opposition research for the Hillary Clinton Campaign, but it had also been created by a man who was fired by the FBI. The money paid to Steele for the dossier by the Clinton Campaign and the DNC was laundered through a leftist law firm known as Perkins Coie via Fusion GPS (a private intelligence gathering company founded by former Wall Street Journal reporter Glenn Simpson).

Liberals and Never Trumper Republicans supported a nominee for president who violated the Espionage Act. Moreover, she was responsible for criminal activity associated with her position as Secretary of State in the Obama Administration. That Hillary Clinton would use her position to financially benefit herself and then lie about it is appalling! Unbelievable Never Trumpers and Liberals who turned a blind eye probably wouldn’t do that if they saw the classified information foreign countries obtained because of this.

You would have to be a complete moron not to acknowledge the fact that Hillary Clinton knew exactly what she was doing when she hired a company to install a private server at her home so that there could potentially be no record of her emails on a government server. Now why would she do such a thing? Three words: The Clinton Foundation. It’s called “pay for play.” This was all premeditated as she knew she would be using her position at the top of the State Department so as to curry political favor for people around the world in exchange for massive million dollar donations to the Clinton Foundation.

Now remember what I said. You would have to be a complete moron not to acknowledge that this woman knew exactly what she was doing. Therefore I ask once again, “What is former FBI Director James Comey?” Yes. That is correct; a moron. An unbelievable Never Trumper, Comey was the man responsible for allowing Hillary Clinton to remain a free woman despite definitive proof of the fact that thousands of her emails, some labeled confidential, were gathered up on the web by foreign entities, many of whom are enemies of the United States. This private server had to be one of the most unsecured technological systems in America. Absolutely unbelievable! Never mind the security and protection of the American people.

To Clinton, as Minnesota Representative Omar would say, “It’s all about the Benjamins.” That’s right! We conservatives know who the hell Diddy is even though he has 50 names. We engage in American cultural entertainment despite the fact that many on the left portray us as societal prudes. I digress.

Back to Hillary. To cover her tracks in this scandal she literally had some on her staff destroy technological devices with hammers so as to make sure no one could see what was on them. Furthermore she purchased BleachBit, a product that “bleaches,” wipes away, or erases very nearly everything on a computer server. Clinton used her newly purchased BleachBit to do just that.

There is a reason Comey protected Hillary Clinton. These two will go down in history eternally linked to one another via the Steele Dossier. Hillary Clinton and her campaign bought and paid for the dossier. James Comey and his FBI used it to secure FISA warrants to illegally spy on the Trump Campaign, transition, and presidency.

Meanwhile it’s the 35 page fake dossier that her campaign paid for so as to dig up opposition dirt on Trump that is used by the FBI in order to secure a FISA warrant to surveil people working in the Trump campaign, namely Carter Page. Let me be clear. This dossier was an unverified intelligence report that was created by Christopher Steele, a Former British Intelligence agent who abhorred Donald Trump. Steele had once worked for the FBI as an informant but was eventually terminated. So let’s get this straight. Yes. You read correctly. The FBI used a dossier that not only served as opposition research for the Hillary Clinton campaign but had also been created by a man who was fired by the FBI. The money paid to Steele for the dossier was laundered through a leftist law firm known as Perkins Coie via Fusion GPS (a private intelligence gathering company).

A woman named Nellie Ohr worked for Fusion GPS. Coincidentally Ohr’s husband is Bruce Ohr, who at the time, was the number three man at the Department of Justice. Nellie and Bruce were loyal Hillary Clinton supporters, having even donated to her campaign. Ms. Ohr passed the fake dossier on to Mr. Ohr who then shared it with the top brass at the FBI. Mr. Ohr testified before Congress very recently that he informed the Bureau of the fact that the dossier was unverified. However they would still use it as their evidence of the fact that Donald Trump and his campaign were colluding with Russia in order to goad FISA judges into issuing a warrant that permitted them to surveil the Trump campaign. These unbelievable Never Trumpers and Liberals’ actions are highly unethical.