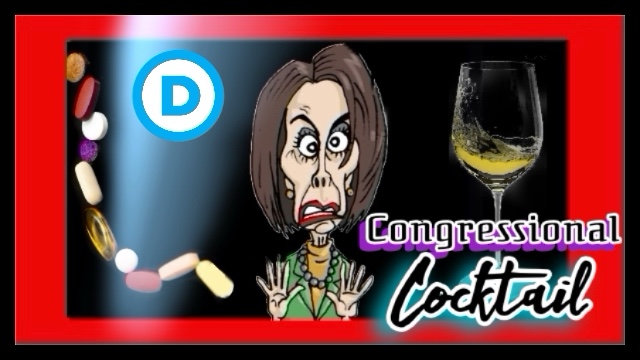 Nancy Pelosi Out of Touch

Why yes. Yes. That is correct. Nancy Pelosi is out of touch. What is it with her lately? Is she drunk or what? It’s likely she is right about now. Can anyone identify the ingredients of the infamous Nancy Pelosi cocktail? Go ahead. Take a guess. I do not have the answer, but I’d like to take a stab at it. Before I do so, allow me to proceed with my rationale. This woman seems to be out of her mind every time she speaks. While I have mulled over theories as to why, I cannot come up with any other explanation than she’s drunk. That’s right! Nancy the Ripper is ripped…all the time! Does anyone else feel like this is our nation’s “elephant in the room?” Isn’t it time America knew the truth?

Many a man and woman have asked, “Is Nancy Pelosi drunk?” This should clear it up. My take is as follows. The Speaker (who can’t speak) gets loaded on one to two, or possibly three bottle(s) of California Napa Valley wine on a nightly basis. Like a shotgun, she’s cocked and ready to go. However as the Speaker knows full well by now, what goes up must come down. Granted, alcohol is indeed a downer (depressant), but the euphoria it can cause on the front end of a “Queen Pelosi” night is something more similar to the effects of a stimulant.

To curb the hangover the next day, it’s likely she pops approximately 2 to 3 Klonopin to make it through. But who knows? Maybe, just maybe, she’s a Xanax type of woman. If she’s really crazy, which she is, it’s not a stretch to assume she goes back and forth between the two aforementioned downers.

Regardless of what her drug of choice here is, it is definitely the cause of “Slow Motion Nancy.” Shirley Q. Liquor of Orange, Texas describes it as her “nerve pill.” Pelosi takes it to reduce the anxiety that her hangover triggers the morning after drinking. Perhaps this cocktail is the reason Nancy Pelosi is out of touch, non-authentic and untrustworthy. At this point, she is nothing more than a joke. The Trump speech ripping Nancy Pelosi engaged in, was the final nail in the coffin for the career of a woman completely out of touch with reality.

Even though she looks like a zombie, she’d like to be sure she doesn’t act like one. There are times this is impossible, but what makes it possible the other times has to be some type of upper. It would not be surprising if it were discovered that the Nancy Pelosi cocktail includes some sort of amphetamine pill, whether that be Vyvanse, Adderall, or another prescription medication.

Hell. Who knows? Perhaps the reason she’s had so many nose jobs is because she enjoys doing blow so much. I mean think about it. Could it be that Pelosi’s nose is falling off because the multiple lines of cocaine she’s done over the years have finally caught up to her? It could be.

Nancy Pelosi is out of touch. In all likelihood, the Speaker may be allowing these substances to wreak havoc on her brain. This has caused her to support a terrorist in Qasem Soleimani over the President of the United States. It has also caused her to order commemorative impeachment pens with her autograph engraved on them at a price of $5,000. TRUE STORY! You cannot make this shit up. The Speaker is in our thoughts and prayers. Her only historical legacy now is as an inauthentic geriatric leftist.

Why Nancy Pelosi gambled her political future and the future of her party on the fake Ukrainian hoax impeachment is beyond me. She is corrupt beyond all telling in all that she has done and continues to do. This is a woman who lacks common sense and is void of practical solutions both for her constituents as well as the American people. She likely sees herself as a star, but in reality is just a walking, talking incoherent buffoon.