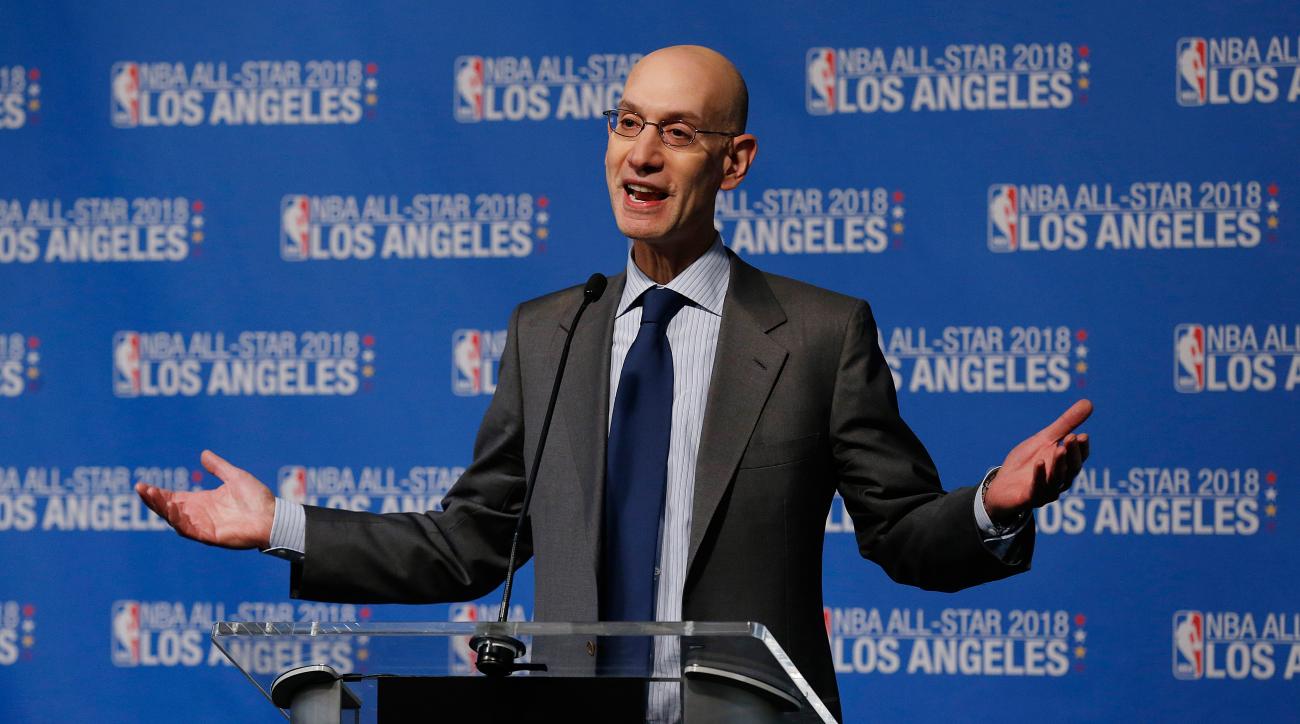 On Friday, October 4th Daryl Morey tweeted “fight for freedom, stand with Hong Kong”. He was referring to protests that were happening in Hong Kong in response to the People’s Republic of China’s attempt to establish a law in Hong Kong that says criminals arrested in Hong Kong should be extradited to mainland China. Hong Kong is located on China’s southern coast along the South China Sea. Hong Kong was a British territory until 1997 when it was transferred to China under the agreement of the principle: “one country, two systems”.

Under this principle, the People’s Republic of China agreed to allow Hong Kong to have its own governmental, financial, economic, and legal affairs. Therefore, Hong Kong has practiced a democratic government so to speak. Conversely, China is governed by the communist party of China. Let’s just say that human rights aren’t of real importance to the powers that be in China. The People’s Republic of China does not allow its citizens the freedoms of press, speech, movement, nor religion. Within their “legal system”, there is an inherent lack of independent judiciary, rule of law, and due process.

Human rights violations are commonplace in China. Therefore, when the communists came knocking on Hong Kong’s door and said we want your criminals extradited to us for trial; you can imagine the worry and fear that arose. Nobody will ever get a fair shake if that’s the case. Hong Kong’s democracy is being threatened by communist ideals and Daryl Morey took a stand. He let the people of Hong Kong know that he is behind them and that democracy is definitely worth fighting for. The overall NBA hypocrisy on China is appalling.

Tokyo? The capital of China is Beijing. Looks like someone may need a geography lesson. As soon as Fertita read Morey’s tweet, this is what he saw…

The Chinese government was not amused by Morey’s comments and they began to sever ties with the Houston Rockets and the NBA immediately. Come to find out, communists do not like people trying to spread democracy in their backyard. It is estimated by some that the NBA market in China is about a $500 million market. Therefore, instead of backing Morey and making a public statement encouraging the people of Hong Kong to fight for democracy, Fertitta and the NBA apologized for Morey’s tweet; effectively siding with the human rights violating, communist Chinese government. How bunk is that? How disgusting is that? How puzzling is that?

The NBA and it’s players have always spoken out against human rights violations. In 2017, the NBA all-star game was supposed to be played in Charlotte, NC but was moved by the NBA because of legislation in North Carolina that would not allow transgender people to use any bathroom they please. The NBA took a stand and said we will not accept discrimination against transgender people. The all-star game was moved to New Orleans.

Last year the NBA changed the terminology allowed when referring to the owner of an NBA franchise. The league deemed the word “owner” insensitive and said to refer to the the person that owns the team as “governor”. Lebron James once said, “It’s about us. It’s about us looking in the mirror. Kids all the way up to adults. All of us looking in the mirror and saying, what can we do better to help change?”

Steve Kerr, Kyle Korver, Steph Curry, Dwyane Wade, Gregg Popovich, and many more have spoken out in response to many social issues and policies over the years, but they are silent now. The China issue does not fit their narrative. No player, coach, or executive in the NBA has any reason to speak out in support of Hong Kong and their fight for democracy. No player, coach, or executive in the NBA has the courage to speak out against communism in China and the human rights violations that take place every day in a tyrannical dictatorship. When players, coaches, and executives in the NBA hear “China”, all they see is dollar signs. By not speaking out on this issue, by not having Daryl Morey’s back, by going completely silent, we now know what matters most to those in the NBA circle. Money over everything. As you can clearly see, the NBA hypocrisy on China is quite evident.

So next time you hear an NBA player, coach, or executive speak out against a domestic social issue, just remember that they are only doing it to grow their fame, and because it isn’t costing them money to do so. Daryl Morey loves the freedom that he is entitled to as an American and he cares about the freedom of the people of Hong Kong. It seems that the collective NBA does not care about the freedom of people in foreign countries as long as these people are buying their jersey’s and shoes.

PS- The People’s Republic of China is such a ridiculous name. They say that it is the PEOPLE’s republic, yet the actual people have no freedoms. What’s down is up, and what’s up is down in this disgusting world we are living in.

PSS- The Chinese people do not have access to Twitter because they are not allowed to use it…so there’s a snitch somewhere down the line. How else did China get wind of Morey’s tweet? As IDIOTS on the Left would say, “Stay Woke.”